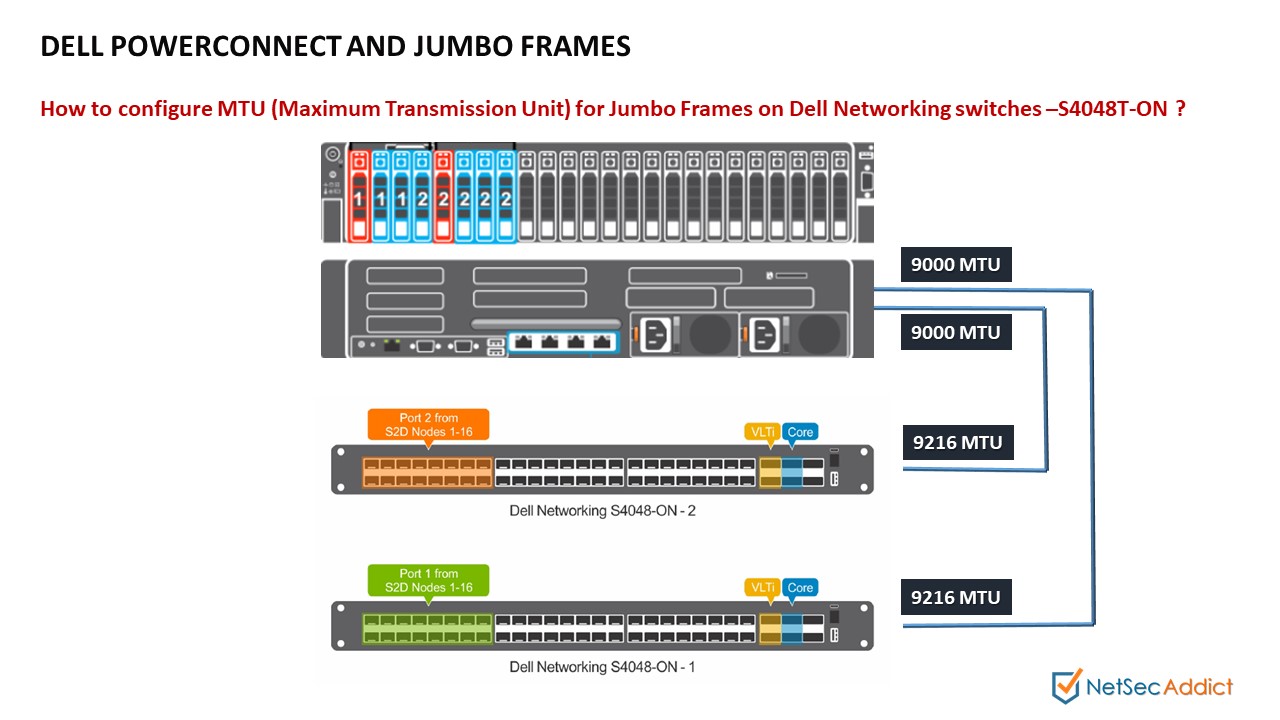 Now Problem is that while installing VCenter in one of the node and then other node to move in cluster where Vcenter installed. However, after some time VCenter is not responding. We went through the usual troubleshooting routine and discussed with our superior team whether it was either a problem with the ESX hosts (running latest update ESX 6.7) or something to do with the network configuration.

We have set Jumbo frame at both side Switch and Server side. We have set 9000 MTU sixe in both side.

Problem identified during the ping from server.

Perform the following steps, for all the NIC cards in the VSAN NODE OS system-

If MTU setting is correct then you were able to ping otherwise not if MY mismatch.

However, in our case we are not able to ping on frame size 9872 because JUMBO frame was mismatch. We have set 9000 MTU at both side switch and Server. You can set 9000 MTU at server side but have to set higher MTU at switch side.

Login in DELL SWITCH 4048T and set the MTU on connected interface.

This site uses Akismet to reduce spam. Learn how your comment data is processed.

Get all posts here My Posts.